The United States leads the world in COVID-19 vaccine availability and is on pace to amass the supply necessary to inoculate its full population by July, while the European Union is tracing a path to acquiring enough vaccine to inoculate 70% of its residents by that time as more countries pursue full reopenings of their economies, a leading business consulting firm said at a recent SEMI webinar.

The gains come as the world continues to make halting progress against one of the deadliest viruses in a century. With about 65% of U.S. adults injected with at least one COVID-19 dose, according to the Centers for Disease Control and Prevention, the U.S. is pressing ahead with its reopening and easing mask mandates. Soon some football stadiums will be filled to capacity, a spectacle unimaginable at the start of the year.

But many Asian countries, early success stories in the global fight against the pandemic, have grappled with vaccine shortages as they work to obtain the supply needed to launch the large-scale inoculation campaigns critical to achieving herd immunity, said Sven Smit, chairman and director at McKinsey Global Institute and senior partner at McKinsey & Company in Amsterdam. Compounding matters, COVID-19 hotspots have flared up in regions such as China, Taiwan, Japan, South Korea, Singapore and Malaysia in recent months, forcing the restoration of social and travel restrictions.

“While Asia was leading in suppressing the virus, it’s a little behind in its vaccination rollout but catching up” though regions such as Latin America and India continue to battle massive outbreaks, Smit said.

For the economies of the 38 Organisation for Economic Co-operation and Development (OECD) countries – consisting mainly of North America, Chile, much of Europe, South Korea, Japan, Australia and New Zealand – Smit expects “the summer of this year to be better than the summer of last year.”

As mortality rates have fallen overall in OECD countries, discretionary consumer spending in areas such as retail, entertainment and public transportation – which plunged to its nadir in April 2020 – is edging up to its highest level since before the pandemic, with the trendline a mirror image of the fluctuating mortality rates, Smit said. As new case and death rates continue to fall, shoppers are expected to normalize their spending this summer, a key breakthrough for economies across the regions.

Yet even as they were depleted of much of the spending heft of consumers as lockdowns swept the world, the OECD countries “learned within six months of the outbreak how to operate their economies at a higher level,” illustrating the remarkable speed at which they are learning how to cope with the virus, Smit said.

Consumers are also powering the blistering recovery. With government stimulus payments fattening their wallets and few ways for them to spend during months of sheltering in place, many are flush with cash, and the floodgates of consumer spending are starting to open. Personal bankruptcies were down from the year before despite sweeping job losses in some sectors, helping preserve savings that consumers are tapping today, Smit said. 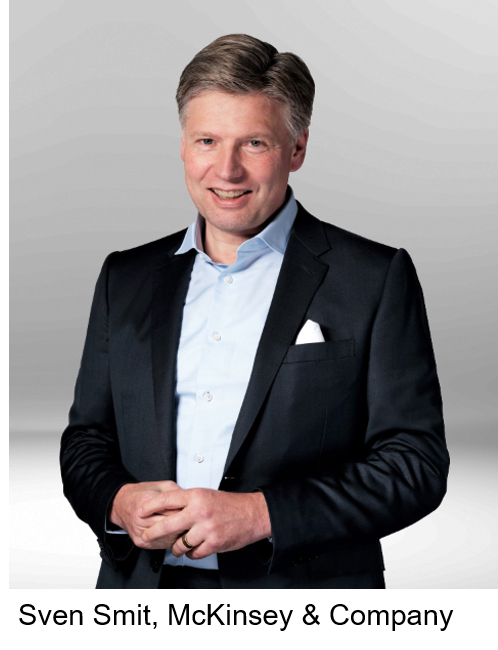 The CEO of a major airline underscored the resurgence of consumer spending when he recently told a group of peers that seating on its flights is “sold out until the end of the year,” Smit said in recounting the discussion. The executive was responding to the group’s skepticism over a quick economic rebound and fears that consumers will remain holed up for months to come, hurting their bottom lines. The CEO acknowledged that business travel is not bouncing back, “but not because people are hesitant to travel.”

Indeed, vacation-starved travelers worldwide are itching to take to the skies for getaways after a long, wearisome hiatus from flying forced by the pandemic. More airline passengers will in turn be a boon to restaurants, hotels and other travel-related services and, in ripple effect, help restore jobs lost in those sectors and rebuild economies.

Consumers are also more optimistic about their financial future. Economic uncertainty among consumers in OECD countries is loosening its tight grip after skyrocketing six-fold in April 2020, McKinsey & Company research shows. After peaking last year, that measure of consumers’ doubts about their own financial sustainability remained stable for several months before beginning a steady decline as infectious disease experts learned more about the virus, governments and businesses implemented strong protections, and more people masked and social distanced, Smit said. Announcements by AstraZeneca, Johnson & Johnson, Moderna and Pfizer in late 2020 and early 2021 about the efficacy of their vaccines gave consumers’ spirits still another boost.

“What we know about the consumer is that the moment uncertainty is gone, spending returns,” Smit said.

OECD companies are expected to exit COVID-19 – defined by McKinsey & Company as returning to pre-pandemic GDP levels – no later than next year. Smit said the question for governments, economists and businesses should be not which month or quarter will mark the return to 2019 GDP, but rather the strength of the economic expansion over the next decade. Over the shorter term, GDP in many countries could rebound to targets forecast in 2019 as soon as 2023 depending on how they manage their economies as they exit the virus. 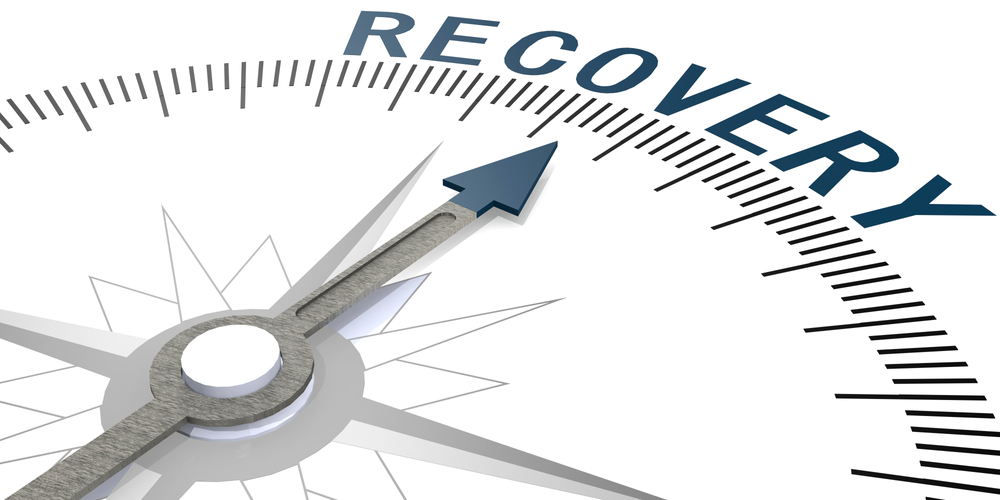 In the U.S., the economy has historically trudged through long recoveries with 3% to 4% annual gains in GDP after deep economic crises. That track record raises the question of whether “we are in a strong recovery that will lift the economy 35% to 50% over the next 10 years, or a tepid recovery that might see only a 10% to 25% rebound” during that period, Smit said.

To help bolster the long-term sustainability of the recovery while protecting their own bottom lines, many businesses will be well-served anticipating customer needs and associated investments a decade out, Smit said. With chips the engine of a sharp increase in technology innovation projected over the next 10 years, that strategic planning is particularly important for the capital-intensive semiconductor sector given its long lead times for building and equipping new manufacturing sites.

That rising speed of technology development will be partly fueled by businesses that quickly translate new gear into better business results in a self-feeding loop: technology improves business performance, a powerful motivator for companies to continue to invest in technology, the fuel of more innovation. One key in this cycle is for businesses to implement the process and operational changes necessary to benefit from new technologies or risk frittering away their investments if “the associated work is not re-scoped too,” Smit said.

“I believe many businesses are catching on to this after seeing that the one real innovation emerging from COVID-19 was speed,” Smit said. “We’re doing everything faster now because users of technology have learned new behavior. For example, in e-commerce 30% of consumers have found for the first time e-groceries and they love it, so it’s here to stay.”

For their part, pharmaceutical companies embodied the swift pace of innovation after fast-tracking mRNA-based vaccine development for emergency use against COVID-19, Smit said. Drugmakers have since applied new insights from their COVID-19 vaccine rollouts to shorten the development time of mRNA-based drugs that promise more effective treatments for cancer and other diseases.

Another tailwind to innovation speed is the intensifying interest by governments worldwide as policymakers recognize the growing importance of semiconductors and other technologies to their economic competitiveness. Recent geopolitical turf wars over technology and outsized government funding initiatives have brought that realization into stark relief. Also coming into play will be a deepening appreciation by many industries, most notably automotive, that the resilience of their supply chains is critical to their overall health.

“Automotive companies and other players in the sector will never forget to look three tiers down into their supply chains” to ensure the uninterrupted flow of parts, tools and equipment vital to their businesses, Smit said.

Michael Hall is a marketing communications manager at SEMI.