Jay Vleeschhouwer, managing director of Griffin Securities, has followed the electronic design automation (EDA) industry as a leading financial analyst for 25 years and is a popular speaker at the annual Design Automation Conference (DAC).

I spoke with Vleeschhouwer after attending his presentation The State of EDA: A View from Wall Street at this year’s DAC.

Smith: According to your DAC presentation, EDA revenues more than doubled over the past decade and have become more concentrated to four companies. Do you see that changing with emerging silicon intellectual property (SIP) suppliers or application-specific EDA companies?

Vleeschhouwer: I wouldn't rule it out. Share changes don't necessarily go only in one direction, although that seems to have been the case for many, many years. As you point out, EDA has become substantially more concentrated. The Big Four – Ansys, Cadence, Siemens EDA (formerly Mentor Graphics) and Synopsys – have approximately 90% of the industry revenue, a combination of Core EDA or the software business, plus SIP that has become a substantial business, particularly for Synopsys.

And then, there is hardware-based verification that factors into the growth of the industry and includes three of the largest suppliers – Cadence, Siemens EDA and Synopsys. Given the obvious importance of SIP and the willingness of customers over the last decade or more to purchase commercially from vendors such as Synopsys and Cadence, in principle, there would be room for more players. For an emerging company, we'll see how that develops.

Some smaller SIP companies going back a couple of decades ago didn't do well. Perhaps that was at a time when the industry wasn't as settled as it is today on the use of commercially available SIP from EDA vendors. There is an acceptance now and a role. As to how successful those emergent companies could be, that might be another question given the expense and investment required to succeed. We know that Synopsys has been substantially investing in that area, including in headcount from its large acquisitions in recent years. Conceivably, there's a role or a growing role for some smaller emerging specialty SIP vendors that may ultimately be acquired. I'll leave room for that to occur in principle. I certainly wouldn't want to predict any specific kind of market share change or revenue impact.

Smith: You cite the growth of hardware-assisted verification. What do you attribute that to?

Vleeschhouwer: This is a particularly interesting phenomenon in the industry. Hardware-based verification has been available for over two decades and has established its own category. Quickturn Design Systems was acquired by Cadence over two decades ago. Synopsys bought EVE a decade ago. Nonetheless, it's been only in the last half decade or so that we've seen a pronounced upward revenue trajectory in this category such that it's several hundred million dollars more in combination than it was several years ago.

This has been a good incremental source of revenue for Cadence, Siemens EDA and Synopsys. I think it’s part and parcel of the overall compelling need for verification. There's an appetite among semiconductor companies to perform a variety of verification functions often referred to as emulation or prototyping and a growing appetite for systems companies to develop their own semiconductors for their own systems. They don't commercially sell those semiconductors but have to perform the same kind of design and engineering steps that a commercial semiconductor company would have to do, namely verification. 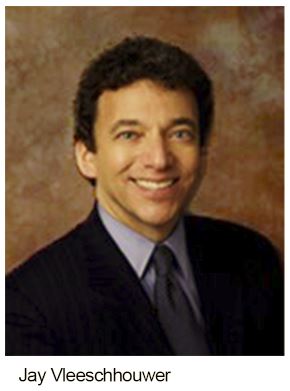 Engineers need to co-design and co-verify software whether it's for a smartphone or any other kind of electronic system that has software running on it. This has been a tailwind for hardware-based verification, and I fully expect that as with core EDA software, this is going to continue because of the compelling technical requirements.

In business or revenue terms, one important difference is that hardware is predominantly taken immediately into revenue or what's known as upfront revenue. Compare that to the predominant part of EDA software taken as a subscription, where the revenue accrues ratably over time.

All else being equal, some of the variability that we see in reported results from EDA companies is not only from the SIP business that can vary due to revenue recognition, but also from hardware that is driven by underlying market demand conditions.

Smith: What’s the definition of your term The Great Inflection that you used in your DAC presentation?

Vleeschhouwer: As part of our overall EDA coverage, we routinely compile the R&D spending of a couple dozen semiconductor companies that comprise the overwhelming part of R&D – like Intel, Qualcomm, AMD and Nvidia.

We track their R&D spending, which remains the principal source of funding for commercial EDA. In looking at those numbers over the last one to two years, there has been a steepening of the growth curve. Hence, the inflection is due to good growth in semiconductor R&D spending in the last one to two years as shown in the charts I presented at DAC. 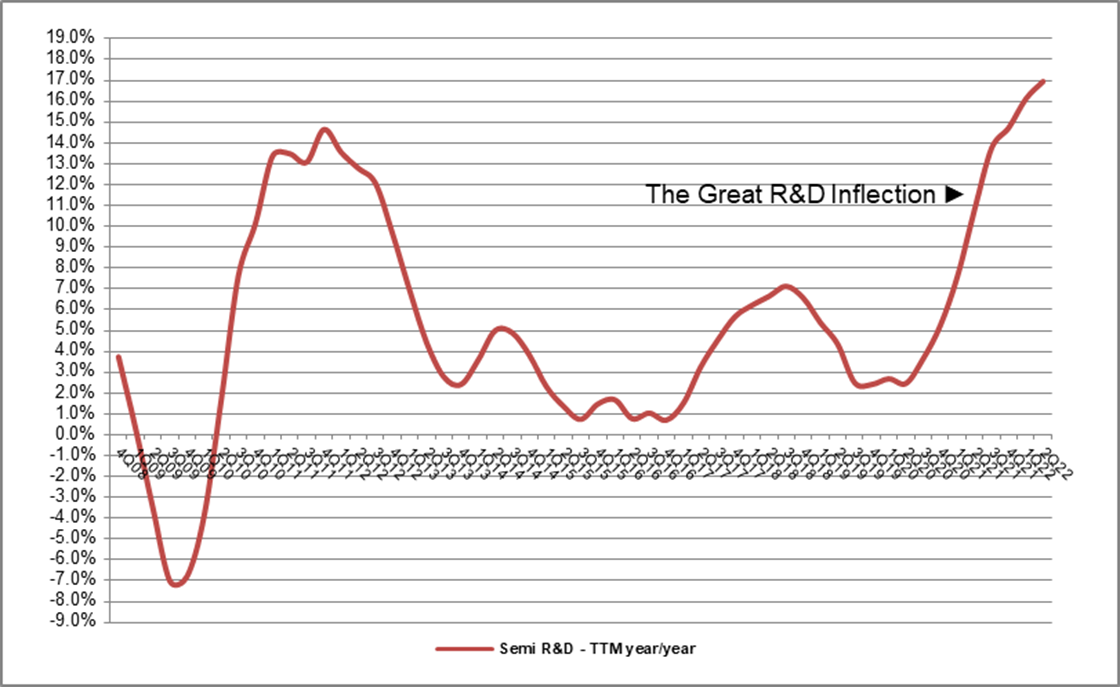 Importantly, Intel for several years had been lagging the rest of the industry in semiconductor R&D growth, which is to say it had remarkably little growth in semiconductor R&D spending, though the largest in absolute terms. That's changed in the last year and a half or so as spending has inflected higher as part of its Integrated Device Manufacturers (IDM) 2.0 strategy. Other companies – AMD, Nvidia and Qualcomm – have also seen substantial increases in spending.

On the other hand, there are those semiconductor companies whose growth hasn't necessarily inflected higher. At the same time, there are also companies that have had decent growth in their R&D spending but haven't inflected higher or perhaps even begun to decelerate some. That too is interesting in terms of the long-term implications for those companies as compared to longer-term implications for those semiconductor companies where the R&D spending has accelerated.

Smith: Will the Chips Act have an impact on re-establishing a leading-edge domestic semiconductor manufacturing industry?

Vleeshhouwer: It is possible that some semiconductor industry CapEx will be invested or will get covered by the legislation. That would free up some additional spending for pure R&D. The number of vertically integrated semiconductor companies that would benefit from CapEx subsidies is small. The whole structure of the industry has changed from what used to be called IDMs. The number of IDMs (Intel and Samsung, for example) is much smaller now than the number of fabless companies that rely on foundries to manufacture their chips. This explains the important role TSMC and other foundries play in driving the fabless business model.

In EDA terms, I can't quantify what the direct benefit, if any, would be in terms of subsidizing R&D, assuming they're interested in taking checks from the government. My concern would be what strings might come attached to any such funding. The EDA companies to date have shown an inclination to invest over 35% of their revenues in R&D and don't seem to have had an inability or impediment in doing so. 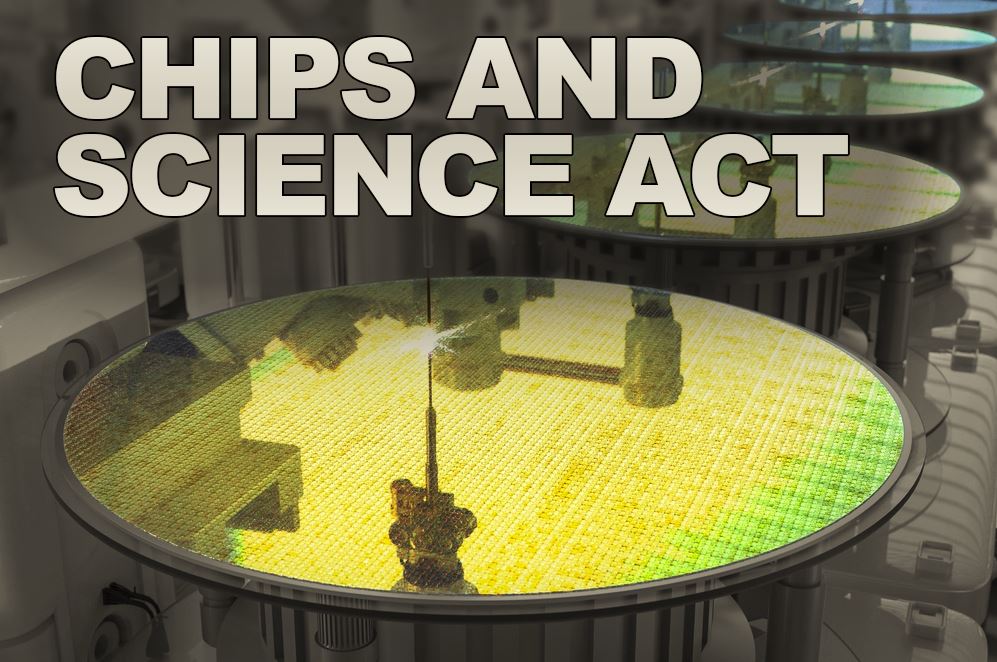 In terms of direct subsidies to EDA for their R&D, I don't know if that's something they need or would pursue. The benefit would be indirect to the extent that their customers or customers’ customers and/or the foundries would have better means to invest in leading-edge technology or increased capacity. The combination of more leading-edge technology and more capacity has generally resulted in the need to fill that capacity and increased design activity that has always been a good thing for the EDA companies.

We're not really seeing a shortage of design activity. We can see from the growth of EDA that design activity has been quite healthy. We know this from the bookings and from the industry’s growing backlog since it has high visibility of future revenues coming out of backlog.

In terms of the metric most meaningful to the EDA companies, namely design activity and what drives it, that complexity, the variety of devices and end markets have been quite good for them.

The real benefit would be more to their customers or customers’ customers for supporting manufacturing capacity because the motivation here is dealing with supply chain or availability issues. The risk of disruption is the risk of losing IP outside of the United States or to those who don't want others to have access to certain IP.

In the meantime, EDA has clearly been doing well.

Smith: What advice would you give to an EDA entrepreneur?

Vleeshhouwer: Well, I don't know why they would want to come to me! I may sound like a technology person, but I'm not. I've been covering EDA now for quarter of a century. I know a bit about the industry and technology terms.

In terms of financial or business issues, should someone come to me, the question I would ask would be the same question that I would ask any other entrepreneur looking to get into a large, established and highly concentrated industry: What is going to be the source of differentiation? That's a standard question you would want to ask whether it's EDA or not.

Also, what is the problem or market opportunity? EDA is challenging because of the massive amounts of R&D that have to go into it. As we've seen historically with small EDA companies, even if they solve a particular niche requirement, the structure of the industry limits the size of an addressable market for small niches.

It's a paradox because if an entrepreneur wants to get into a large category in EDA like place and route or synthesis that happens to have hundreds of millions of dollars of revenue, it’s a large addressable market. By the same token, it's hard to break into. Smaller companies end up having to be acquired by one of the big EDA companies.

On the other hand, if an entrepreneur wants to address something niche, small and specific, the addressable market is limited and may limit revenue. It isn't going to be particularly interesting to investors who might fund a new company. To solve that problem, an entrepreneur may have to address multiple niches, merge with other companies or itself become an acquirer. In some respects, this is what happened with Magma Design Automation (now Synopsys).

It's a tough question to answer because there's always going to be hard problems to solve in EDA, which is why it's a good industry. By the same token, the business and technology requirements and the impediments of an unusually concentrated industry make it challenging. The largest companies, once accounting for 75% of the industry’s total annual revenue, now represent 90% due to a combination of their own organic growth and their acquisitions. That remaining 10% of the $10 billion-plus industry is also itself somewhat concentrated.

Smith: Not to mention the sales channel and how difficult it is for the small companies to break into the market.

Vleeshhouwer: Yes, absolutely. That makes it even harder, which is often the reason why these companies end up selling in the first place, presuming they're technology is worth buying.

Then they need to have the go-to-market scale, often the reason the large company buys a small company that it can fold in and scale through a larger sales channel.

Note: Jay Vleeschhouwer’s Analyst Talk during the 59th DAC, The State of EDA: A View from Wall Street, can be found on YouTube.